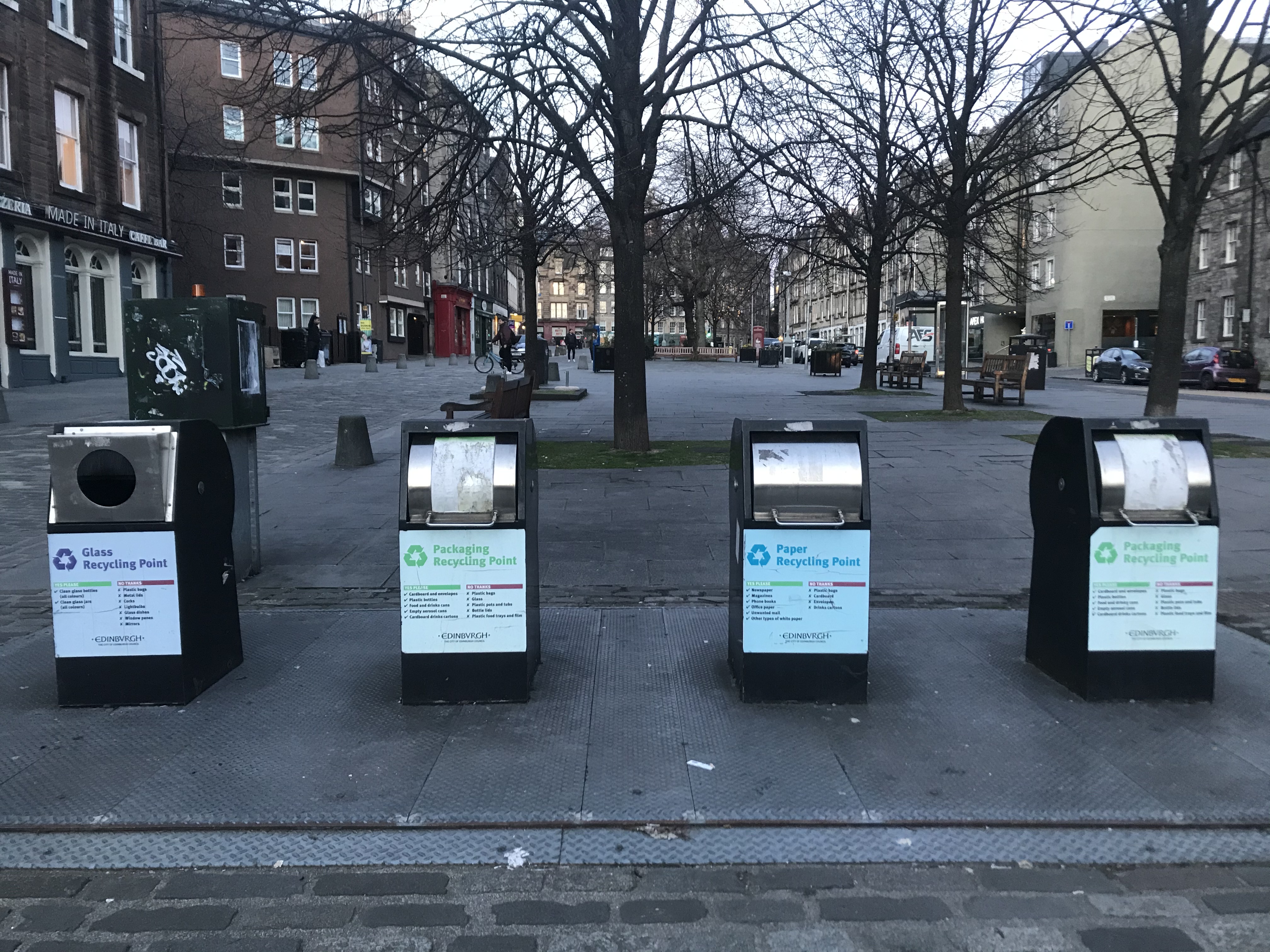 How recycling in Edinburgh has become a burning issue 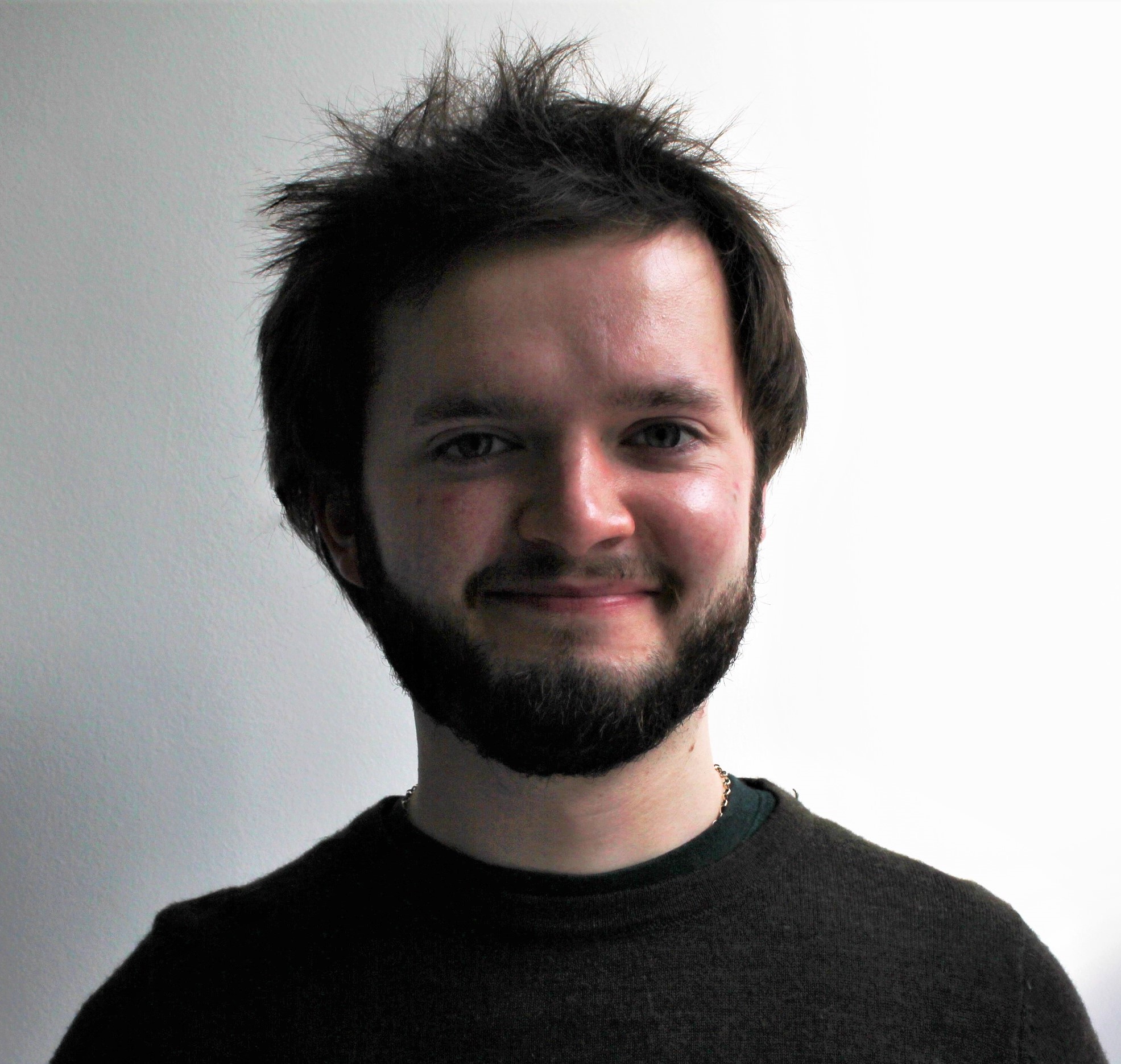 Edinburgh is burning an increasing amount of household waste that residents assume will be recycled – in order for the city to reach zero waste landfill targets, environmental campaigners say.

Edinburgh Council has set out a plan to reach a zero-landfill target by 2025, and a network of recycling and energy production plants are being utilised to achieve this.

Waste that is deemed not to be recyclable or economically viable to process and sell on is diverted back to the traditional landfill piles; the council then hands most of this waste over to the incinerator site Millerhill in Midlothian to be burnt and turned into electricity which is then bought by the national grid.

However, Friends of the Earth Scotland said this was not a viable green solution to waste disposal because the harnessing of electricity could not justify the levels of carbon dioxide produced.

"For us what's more important in terms of the waste hierarchy is to have a reduction of waste – that needs to come first," she said.

“If you have an incinerator in your area, like the one that Millerhill, there's no incentive for the council to work on reducing waste or to increase repair and reuse facilities as well within the area, which is all key to a circular economy.

“The more incineration plants there are, the further away we are from moving to a circular economy because there's nothing in place to incentivise local councils to work on that," Moyes said.

Earlier this year, the waste management company Biffa signed a three-year contract extension with the council to process dried mixed recycling such as cardboard, plastic, paper and metal.

Incineration contracts are usually 20 to 25 years long and oblige a local authority to provide the incinerator with a set amount of waste over that full period.

Millerhill is reported to be capable of burning 155,000 tonnes of waste per year. Most of that will come from residents of Edinburgh and Midlothian councils – up to around 135,000 tonnes a year. The contract runs to 2041.

“It's hard to see how we could possibly reduce any of the waste that we're using if we have to provide an incinerator with a set amount” – Sarah Moyes, Friends of the Earth Scotland

Once the waste arrives at the plant, some materials are deemed to be recyclable and are recovered and removed – this is estimated by the plant to be around 2,500 tonnes annually. Waste is then placed into the incinerator and, through thermal treatment, steam is created to power turbines that turn and generate electricity for the grid.

Moyes said the published figures might be an overestimate of its green energy credentials.

“What we've found, certainly with the new plants, is they’re painting themselves more as an energy-from-waste facility and actually when you look at them you might not even see the word incinerator on them"

“Quite often these incinerator plants will say: we will provide ‘X’ amount of homes with electricity, but that's not always the case. It is not always being carried out, and that's almost another marketing ploy. If you look into how much energy output is coming from these incinerators, it's not true to what it says it is.”

Lesley Macinnes, convener of Edinburgh council's transport and environment committee, said: “Around 70 per cent of our household waste can be recycled, so it’s important we all try to improve on this and recycle as much as we can.”

“We work closely with Keep Scotland Beautiful and Zero Waste Scotland to maximise the effect of the campaigns we all run to encourage recycling, and we commission Changeworks to help us influence behaviour through educational programmes. Their work in schools and with other community groups will resume again when restrictions allow.”

In 2001, Edinburgh’s recycling levels were extremely low in comparison to what they are now. The main weight of waste tipped in favour of landfill disposal, with 244,000 tonnes going to these sites that year – that’s equivalent to around 42 Royal Yacht Britannias.

From 5 per cent being recycled in 2001, Edinburgh now recycles almost 39 per cent of its waste. “The council’s aim is to reach a 78 per cent recycling rate,” Macinnes said. “At the moment we’re improving our recycling and waste services for people living in flats by making changes so it’s easier for them to recycle more from home. We’re creating designated bin hubs to keep communal bins neatly and safely in one location.

“There’ll be bins for mixed recycling, food recycling, glass and for any other waste that can’t be recycled," Macinnes said.

"Mixed recycling bins means less time sorting and as they’ll be more bins, with some being emptied more often, we hope this will encourage people to recycle more”

So what can you recycle?

Each local authority in Scotland has different rules on what you can and can’t recycle. For example, in West Lothian, plastic carrier bags are accepted, while in the capital, they are not. That doesn’t mean to say that those bags can be recycled easily, plastics are notoriously difficult to process. In fact, there are seven different types of plastics that are in stores, around our homes and at work - five of which, have to be specially processed abroad.

These are resin codes, and each code represents a type of plastic. Codes one and two tend to come under items such as water bottles and butter tubs, while three and above are harder plastics like window casings and plastic piping. That doesn’t mean they won’t be dealt with, it just means you’ll have to look up what your council area takes. Recycle Now lets you find out where a specific item can be recycled by postcode.

Most plastic is very hard to recycle, and the ones that can be more easily processed need to be in a certain condition. Edinburgh Council, like other councils around the country, have struggled with the issue of pollution in the waste stream for years. Unless your bottles and food trays are clean, then it can decrease the quality of the end result or end up in landfill. For instance, placing a pizza box in with the rest of your mix recycling might seem like the right thing to do, but it’s not. With food still likely to be on the box, you may have inadvertently polluted the waste stream, and decreased the quality of other materials.

300 tonnes of recycling waste comes EVERY DAY from @LoveWestLothian & @Edinburgh_CC! We visited @Biffa's Waste Plant this morning & were shocked by the mountains of waste! Loads of food contamination rendering waste impossible to recycle. We need to recycle better! pic.twitter.com/f9s3adADod

Gavin Money, Biffa’s regional general manager for Scotland & N. Ireland, said: “It’s our goal to change the way people think about waste and we can do this by helping them to understand how they can recycle more."

Macinnes added: “Promoting recycling is so important to help lower the carbon impact created by waste in the city. We’re looking forward to working with Biffa to help people separate their waste correctly to cut down on any contamination occurring leading to waste not being recycled.”

“With the huge number of products out there, unfortunately, we can’t give a list of every single item," Macinnes said.

More and more Edinburgh residents are keen to recycle their household waste but it seems we have some way to go before our infrastructure catches up.

- General advice about what you can and can’t recycle online at: https://www.edinburgh.gov.uk/whatgoesineachbin

- You can also get more detailed recycling information, along with ideas for reuse and avoiding waste in Edinburgh at: https://www.changeworks.org.uk/toogoodtowaste