From the Royal Infirmary to the Spanish front line 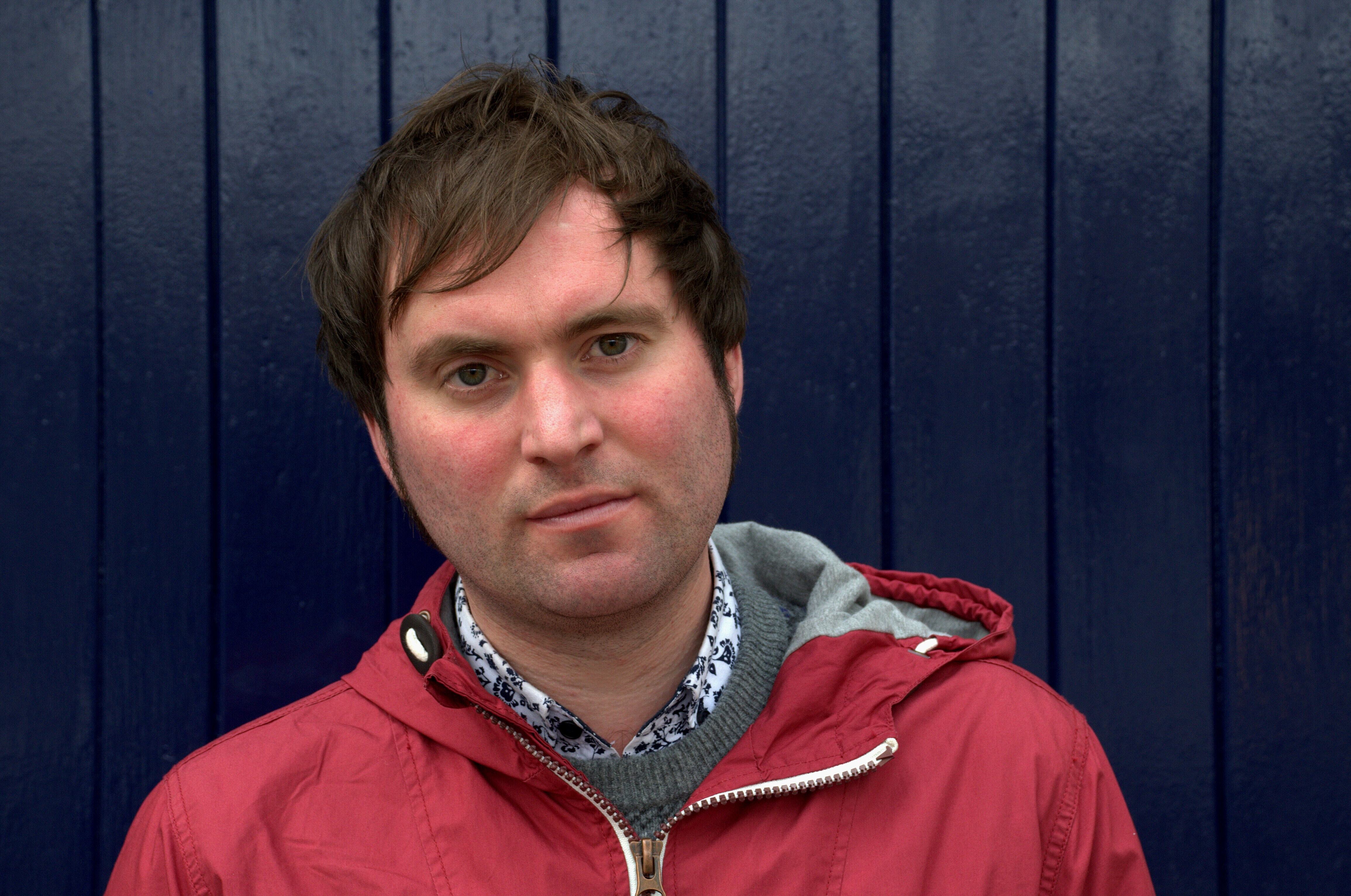 Annie Murray put her career at Edinburgh’s main hospital on hold to volunteer as a nurse in the Spanish Civil War. As part of International Women’s Day celebrations, author and historian Daniel Gray looks back at her remarkable contribution

Annie Murray’s decision to go to Spain was straightforward. “I went to Spain because I believed in the cause of the Spanish Republican government,” she said. “I didn’t believe in fascism and I had heard many stories of what happened to people who were under fascist rule.”

One of three siblings who served in Spain, Annie was the first to volunteer. She arrived there in late September 1936, and stayed almost the entire duration of the war.

Born in Aberdeenshire in 1906, where her parents ran a small farm, Murray came from a highly politicised family and had led protests against working conditions at the Edinburgh Royal Infirmary. It was perhaps unsurprising, therefore, that she chose to volunteer through the British Medical Aid Committee.

On arrival, Murray was sent to work in the Primere Unidad Ingles hospital in Grañen, near Huesca on the Aragon Front. The hospital contained both native and international patients. An early task for her and her colleagues was to make the run-down hospital functional.

“The yard was very dirty and bad-smelling, and had to be drained and levelled after many loads of refuse had been removed. We worked at these and other improvements between each attack, so that even if the front was quiet we were always busy.”

At Grañen, she was impressed to see female soldiers taking part in military actions: “There are many women in the army here and they appear exactly like men when they come in from the front. I think some of them are very brave.”

This was to be one of the few comforting sights of her experiences. Murray had to treat the most harrowing of injuries. Despite being Republican-run, the hospitals she worked in treated the wounded of both sides.

By late October 1936, Murray, in one of her regular letters home to the family, wrote how the lack of hospital equipment meant seriously ill people were being discharged to make room for new arrivals. As the war intensified, so did the quantity of patients and her frustration at British inaction: “We are certainly seeing war at its worst now. Many just bleed to death. I wish more of the people at home realised what war actually means, then they might do more to try to prevent it.”

But in an early demonstration of the tenacity that was to characterise her stay in Spain, she signed off with the message: “I would not like to have missed this experience for anything, gruesome though it is. I have not felt homesick yet.”

Of all the horrors Murray witnessed in Spain, it was an incident later in the conflict that was to seal her lifelong hatred of fascism and warfare. In November 1938, she was working in Portbou, north of Barcelona, when a large intake of child patients arrived in the hospital, all with disfiguring injuries to their hands and faces.

Writing to her sister Agnes, Murray related how Italian aeroplanes had dropped “pretty little cigarette boxes and chocolate boxes with hand bombs neatly packed inside. The poor little mites of children picking up what they took to be the long-desired chocolate and quickly opening them were suddenly left handless, their faces burned beyond recognition. Nothing could surely be more brutal. What a bloody awful war this has been.”

A conflict initially waged through field methods mirroring those of the Great War now featured civilian aerial attacks with all their callous brutality. As Murray had witnessed, in Spain modern warfare was born.

Her time there allowed her to develop her political interests and views. Like her brothers, she had a great deal of faith in the Soviet Union, writing of Muscovite policy on Spain that “we trust her [the Soviet Union] to do what is best in the long run”.

In stark contrast was her sense that the British Labour Party’s policy on Spain amounted to “criminal” inaction. In early 1937, she wrote home “When are the Labour leaders in Britain going to come to their senses and do something about saving Spain?”.

Having been posted to Barcelona in the first half of 1937, Murray had a first-hand view of the internecine squabbles among Republicans that were to rock that city in May 1937: “The political situation in Catalonia is very complicated. There are so many different parties, and until one has actually lived in the district, it is very difficult knowing just who is who.”

Before Barcelona’s civil war inside a civil war, Murray was moved back to the Huesca region, to a hospital at Poleniño, where she continued to treat both Republicans and Nationalists, the latter of whom were surprised by their care, as she wrote to her brother Tom: “We have dealt with many hundreds of seriously wounded men, and incidentally a dozen or more of them were fascists who were delighted with the treatment received in our hospital, and want to join the government side.”

Conditions at Poleniño, largely through better organisation and increased government and foreign aid, were a huge improvement on those at Grañen. Murray and her co-workers were able to turn a private house “into an almost model hospital with sinks and basins of running water near the theatre – cold water only but such an advantage over Graen with no running water at all. We have managed to make a very nice operating theatre which is praised by all who see it.”

‍Such medical improvements, coupled with her political faith, left Annie Murray convinced of a Republican victory almost until the end of the conflict. Even after the March 1938 capitulation in Aragon she said: “Spain, I think, is going to go right forward now to victory after a short spell of setbacks.”

It is a tribute to Murray’s dedication that at the end of her first leave period for 14 months, in September 1938, she returned straight to the front, abstaining from the home comforts of Scotland once again.

After a year in Spain, Murray was moved a further time, this time south-west, to Huete, where she was appointed head nurse and put in charge of training new recruits. Happily, her wounded brother George was able to obtain a transfer there from a hospital in Murcia. He wrote home about her status as “a favourite with patients and staff”, and mentioning her fluent Spanish.

Through 1937, Murray felt increasingly that the Nationalist air force was specifically targeting hospitals, sometimes successfully; a fellow nurse had lost an arm in a raid on a nearby American hospital. To help raise morale, she organised activities for patients and staff, such as a Christmas Day fiesta with a pudding big enough for 200 people, a concert in the afternoon, followed by a dinner and a dance.

In April 1938, Nurse Murray was transferred to Barcelona again. She journeyed across Spain on a medical train which frequently came under Nationalist fire. During the Ebro campaign, the three Murrays were often within meters of a frontier reunion. However, though she treated many of their comrades, Annie was unable to meet directly with her brothers, writing, “it is tantalising to think that we are so near each other and yet cannot meet”.

After an intensive time on the hospital train, where staff worked 24-hour shifts, Murray was finally granted that long-overdue period of leave. On her return to Spain, she found herself glad to be back in a country whose people she had fallen in love with, regardless of the war. She wrote to Tom: “The people are so bright and optimistic, it doesn’t seem to get one down like the continued moaning of most British people. They are a lovely and most kind-hearted race. I could stay here always.”

Her optimistic mood was to be short-lived. As 1939 began, Nationalist victory seemed increasingly inevitable, and in February she began the journey north from Barcelona towards France. On the way, she treated the walking wounded and volunteered to work in a refugee camp. She described the horror and destitution of the people she saw on that final journey: “I never want to see anything like it again. Hell is putting it mildly. This has left a black mark in my memory which I shall never be able to throw off.”

Her last act of the Spanish war was to locate a friend of the family and obtain her release from a concentration on camp near Perpignan. Murray then flew to Toulouse and took a ferry back to Britain, arriving alone and unheralded at Victoria Station. “It was the most important thing of my life. It was a terrific experience I would never like to have missed. I have certainly no regrets at having gone there at all.”

During the Second World War Murray was in charge of an air-raid station in London. Later she worked as a children’s nurse in the city's East End, and in a Post Office. She married in 1948 and retired to Fife. Murray died in 1997.

Edinburgh’s pathetic lack of statues celebrating female achievement has, in recent years, started to cause the civic and governmental embarrassment it should. Annie Murray – for her courage in travelling voluntarily to serve in the fight against fascism before most of the world got around to it –  would be an ideal candidate. Yet the very greatest tribute we can pay is to oppose prejudice wherever we see or hear it.

Homage to Caledonia: Scotland and the Spanish Civil War, by Daniel Gray, is published by Luath Press