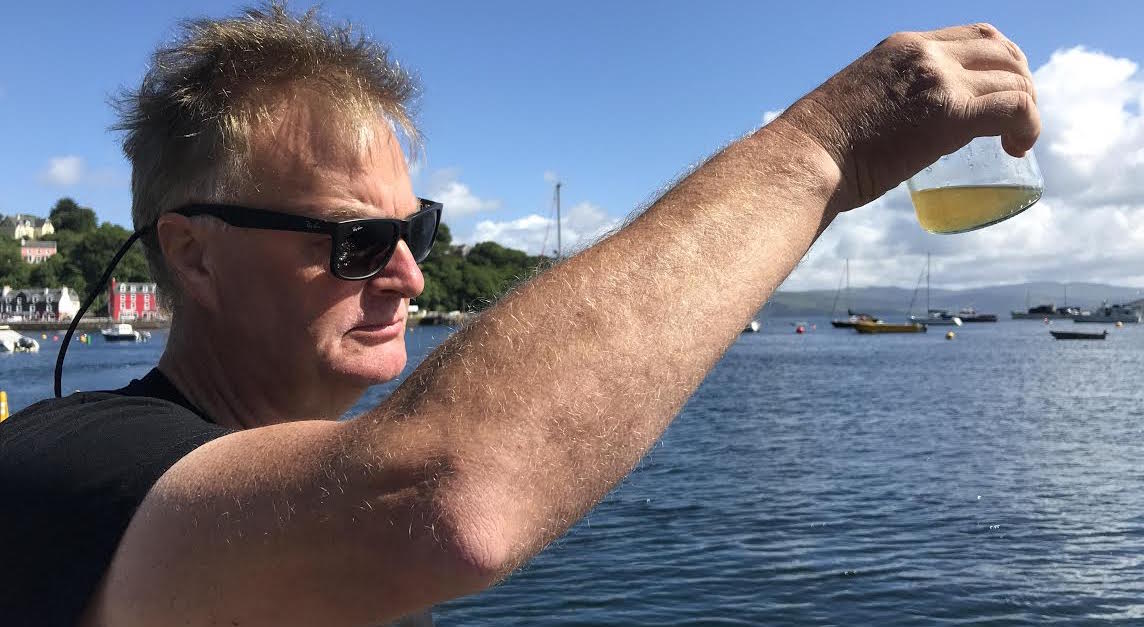 Cleaner seas will be key to any climate progress, Edinburgh scientists say 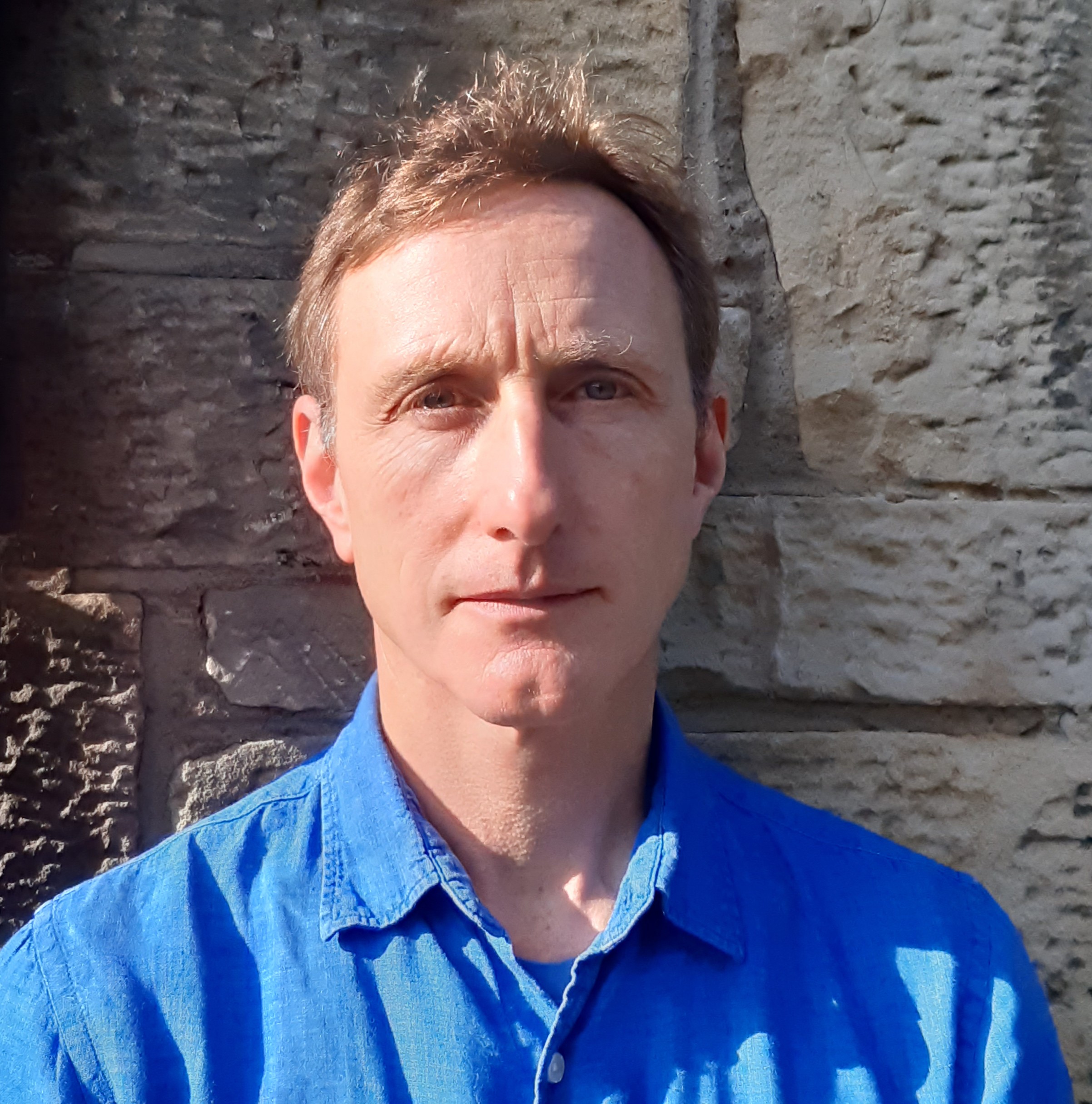 Pollution of the oceans is contributing to the climate crisis in ways that have been grossly underestimated, according to a group of leading Edinburgh scientists.

Toxic chemicals from industrial and pharmaceutical sources are not only killing marine life at an ever faster rate but they have also drastically reduced the ability of the seas to sequester carbon, the scientists said.

The team of marine biologists and other specialists from the Global Oceanic Environmental Survey (GOES), based in the Scottish capital, are working with international partners to demand a ban on the dumping of lethal chemicals into rivers and seas.

Although it is well known that these toxins are dangerous to marine life – and humans, via the food chain – their impact on photosynthesis, the process by which plankton removes carbon from the atmosphere, has been generally overlooked, the scientists have told Keep Edinburgh Thriving.

“Current efforts in combating climate change by only reducing carbon dioxide emissions are futile – a strategy that cannot work – unless we also restore life in the oceans and biodiversity everywhere,” Dr Howard Dryden, a marine biologist and founder of GOES, said. The organisation is collaborating with scientists around the world, including Chemists Without Borders.

“This means we must stop the pollution from hydrophobic chemicals reaching the sea – this needs to be acted on as a global emergency, just as we have been able to do with Covid.”

“Sunblock is probably the wrong name for this cosmetic ingredient, because oxybenzone does not block UV light, it just changes it to a longer, less energetic wavelength that is safer for human skin.

“But, in changing the wavelength, free radicals are released that are really dangerous, especially to corals, algae and plankton, and to a lesser degree, people. The chemical itself is relatively non-toxic, but the way in which it reacts with sunlight, plastic particles and nature makes it just about the most toxic chemical on the planet.”

Regulators look at chemical risks on the basis of there being a safe concentration to nature and humans but there is no such thing for these hydrophobic chemicals. This is because when they get sucked onto micro-plastic sponges, their concentration is amplified thousands or even millions of times, Dr Dryden said.

“Dilution is no solution. Coral, plankton, small fish, shrimps and a whole host of other animals, feast on these toxic particles. There are now numerous studies showing that the particles are mistaken as food by plankton, and because they are at the root of the food chain, all plants and animals in that chain are impacted, including us. We probably don’t need to point out that this is also how toxic chemicals are getting into our diet and affecting our health.”

Coral reefs, which have been widely reported to be in sharp decline because of global warming, have in fact been hit hardest by these toxins, GOES argues. Environmentally aware companies are bringing safer sunscreens on the market but global production of oxybenzone alone is around 3 million tonnes per year and it is also used in plastic, paint and adhesives.

PCBs, another deadly chemical group, were banned in the 1970s but are still wreaking havoc on marine life, Dr Dryden said.

“Orca whales can no longer breed in Scotland due to PCB pollution. Horrific levels have also been found in the Mariana Trench, 500km south of Japan and 11km deep under water,” he said.

Beluga whales in the St Lawrence River Canada have high concentrations of organochlorines, heavy metals and benzo-a-pyrene, and one of the highest level of cancers in any group of animals ever investigated, according to a new GOES report seen by Keep Edinburgh Thriving. Whales washed up on the east coast of the US were found to have concentrations of lead in their brains 150 times higher than would cause brain damage in children.

“There is no doubt in any of our minds that the process of plankton photosynthesis – primary productivity where CO2 is used to make their food and oxygen – is the key for our climate regulation and stability,” the report states.

“When these little plants die, along with the zooplankton such as copepods that eat them, they sink 5000m or more into the abyss and their carbon is locked out of the equation. The abyss is therefore by far our greatest carbon sink.”

Carbon is not locked out by the coastal communities of plankton that sit over the continental shelf.  At these depths (200m), it is recycled back into the food chain.

Nasa satellite imaging shows the mass of phytoplankton has been falling 1 per cent year on year over the last 20 years. It has dropped more than 40 per cent in the last 50 years, according to research by Dalhousie University in Canada.

“Trees and plants on land sequester carbon, but it is important to note that mangrove swamp trees sequester 30 per cent  of this carbon, yet they only take up 0.6 per cent of the land surface area,” Dr Druden said. “Also, most forests are in equilibrium – as trees grow, they absorb carbon dioxide and produce oxygen; when they die, they consume oxygen and produce exactly the same amount of carbon dioxide they absorbed when growing.

“The net carbon flux of most terrestrial plants and forests is therefore zero, which is why wetland systems, marsh lands, peat bogs and mangrove swamps are so important. By way of example, the peat bogs of Scotland and Ireland sequester more carbon than the Amazon rainforest.

“The oceans are actually much more important for biological carbon sequestration than reported by the IPCC [Intergovernmental Panel on Climate Change]” Dr Dryden said.

“Indeed, the GOES team calculates that the oceans sequester more than four times more carbon than the terrestrial ecosystem and around 50 per cent of all the anthropogenic [human-released] carbon.

“So it is impossible to overestimate the importance of photosynthesis in the maintenance and now delicate balance of life on Earth. We must restore our oceans  – it’s not just about saving whales and dolphins – we cannot survive if we keep poisoning them" – Dr Dryden

Acidification of the oceans means they are on course to fall from their current pH level of 8.05 to a tipping point of 7.95 within the next 30 years or so, unless urgent action is taken. The pH level was 8.26 in the 1940s – when a new group of toxic industrial and agricultural chemicals were introduced on a mass scale.

“The evidence is there but the actions to protect our oceans and us are weak, not joined up, or totally absent,” the report states.

On the plus side, most phytoplankton take only a few hours – some as little as 20 minutes – to reach full maturity, compared with 50 to 100 years for some trees. Oceanic regeneration can therefore be swift.

The Goes Foundation is campaigning for measures including the ban of single use plastic; zero discharge from pharmaceutical companies by 2025; mandatory treatment of all municipal wastewater by 2030 and zero toxic discharge by 2030.

Under this scenario, and with a ban on all whaling and deep ocean fishing from 2030, the oceans could recover by 2050 and the pH level could recover to 8.26.

“The Coronavirus is definitely an opportunity to consider and act on these things,” Dr Dryden says. “My fear is that as soon as the virus is gone, everything will return to the old ways but the improvement we’ve been seeing to some areas of the environment at least gives us a lesson and shows what is possible.”